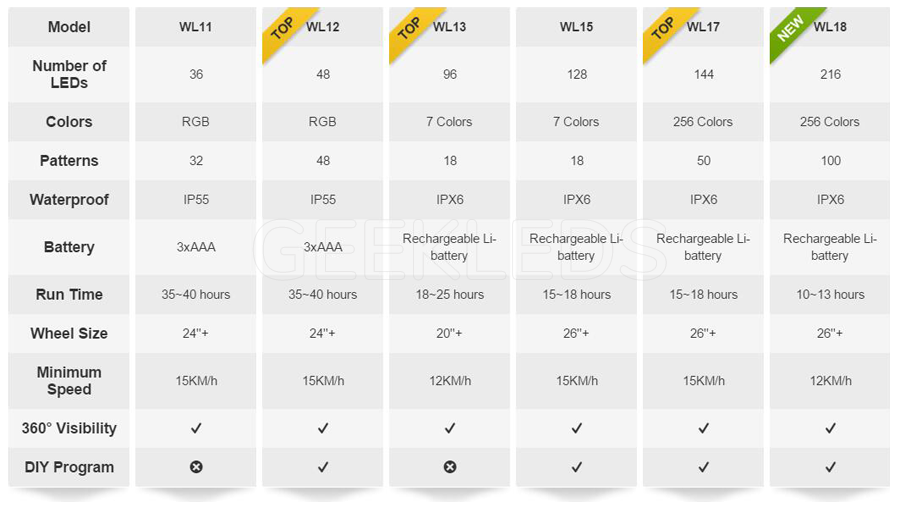 Bicycle wheel LED light is LED strip, LED wire or LED spoke light that specially designed for bicycles. It lights up with colorful words, photos or GIF animation photos when the speed is over the certain speed for example 15KM/h.  It ensures riding safety in night and it looks really cool.

All of GEEKLEDs bicycle wheel LED lights are waterproof, shockproof and display many patterns.  They look alike, but what is the difference between these bike wheel led strips?  Is there any key specification we need to take care? The main specifications are the wheel LED strip number, LED strip length, quantity of LEDs and displaying color of LEDs. There are also other features, like DIY software, mobile APP control.

The more LED on each LED strip, the higher displaying resolution (much clearer the on-wheel animation image).

Bicycle on-wheel animation system WL13 and WL15 are regular models. Both these 2 models shows 7 colors GIF animation image. WL13 is the most compatible model, as it is short and can be used on different bicycle wheels.  WL15 is DIY programmable.